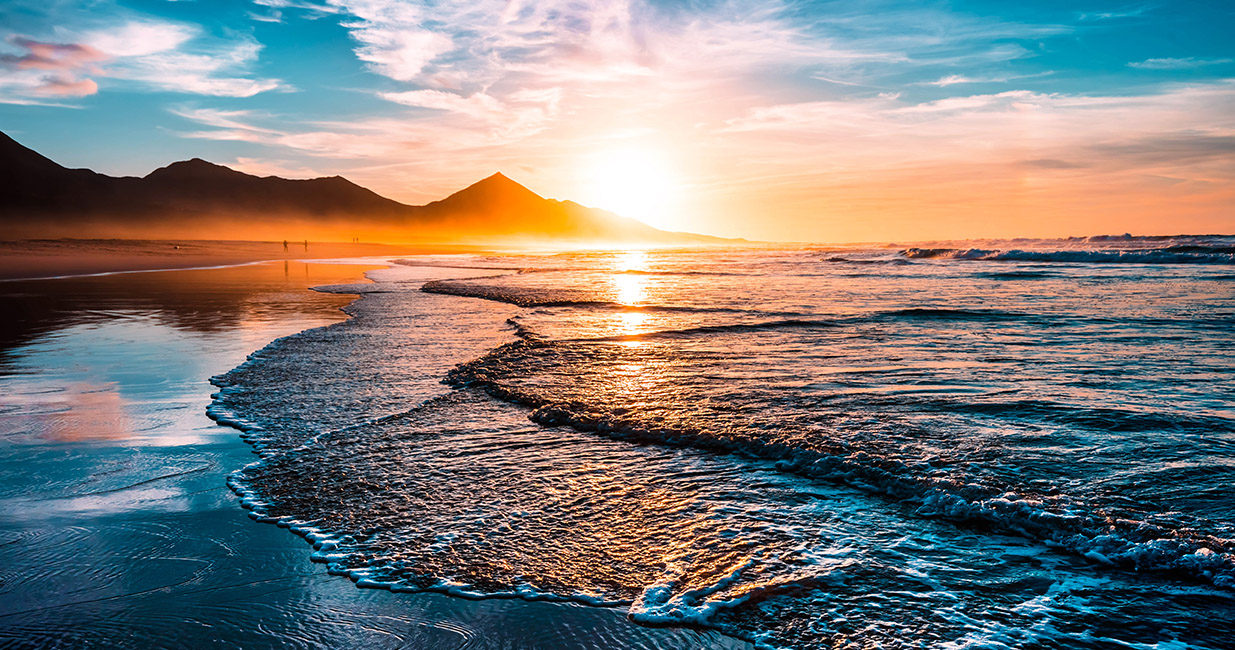 Issuance in the Australian securitisation market has historically been dominated by residential mortgage-backed securities (RMBS) – a trend which shows little sign of changing. At the same time, though, there appears to be growing supply of, and demand for, a wider range of securitisation collateral.

RMBS typically accounts for at least 80 per cent of Australian dollar securitisation issuance (see chart 1). This is hardly surprising given the scale of the local mortgage market. Deloitte estimates mortgage lending in Australia had total volume of around A$1.7 trillion (US$1.1 trillion) in 2018; Australian Bureau of Statistics data estimate aggregate debt on Australian credit cards to be around A$52 billion at the end of 2018.

The nonmortgage asset-backed securities (ABS) market has a well established shape in Australia. A handful of banks come to market periodically with ABS, typically with volumes between A$500 million and A$2 billion. But volume also comes from regular supply of multiple collateral types by nonbank issuers. Nonbanks generally supply at least half of total ABS issuance in Australian dollars in any given year (see chart 2). Assets securitised include autos, credit cards, commercial mortgages and other consumer loans (see chart 3).

Issuance data do not immediately suggest the market is becoming more diverse by collateral type. But underlying the headline numbers are signs that a wider range of transaction types can be completed in Australia. In 2019, for instance, the market saw a brace of world-first transactions price within a week.

On 23 August, Zipmoney debuted as a public issuer with the first-ever securitisation of buy-now-pay-later (BNPL) receivables for total volume of A$500 million. The issuer was only established in 2013 and did not have significant origination growth until 2017. So a significantly accelerated path to public market joins the novel collateral type as notable achievements of the ABS deal.

Exactly a week later, Columbus Capital priced A$250 million in a new RMBS transaction based on nonresident loans. While this deal does not add to non-RMBS volume it does denote willingness of Australian dollar investors to engage with less typical forms of collateral, as it was also the first deal of its type globally.

Going back to 2017, Latitude Finance Australia (Latitude) introduced Australia’s first securitisation master trust and its first programme based on credit-card receivables. Latitude has issued A$3.5 billion of ABS since its debut. While it has always found investor engagement easier offshore – where buyers tend to be more familiar with master trusts – its Melbourne-based treasurer, Eva Zileli, says there are signs that the Australian dollar market is becoming more welcoming of securitisation issuance outside the RMBS space.

“We are seeing innovation come through in transaction types and a growing diversity of issuers,” Zileli told KangaNews following Latitude’s latest deal – a A$750 million transaction priced in early September. “I think this is great and I hope to see more – it allows investors to do work on things like ABS collateral and master trusts in the knowledge that there will be supply to support that work.”

The securitisation market is clearly becoming relevant to a wider range of issuers, including names that have access to alternative forms of funding. Toyota Finance Australia is a case in point. It has used its double-A corporate rating to good effect, issuing A$1.2 billion in the domestic unsecured bond market, and €1.7 billion (US$1.9 billion) and £250 million (US$304.3 million) offshore since the start of 2018.

Even so, the company’s Sydney-based treasurer, Carol Lydford, says an Australian ABS debut is under consideration. “We have been asked, on many occasions and by quite a few of our investors, when we will launch a public securitisation transaction. So we are well aware of the significant demand for this source of financing in Australia and offshore,” she reveals. 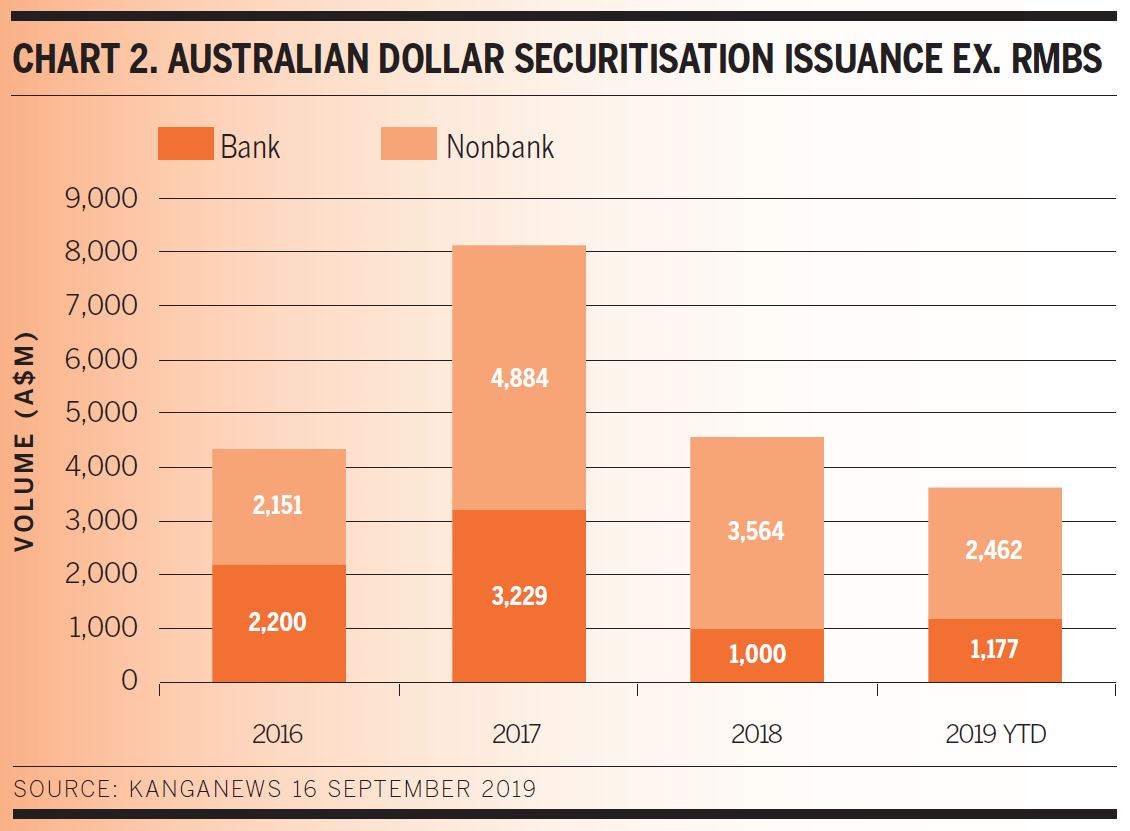 The consumer sector appears to be the most natural growth area for nonmortgage lending. Banks’ share of the credit-card market is on a long-term decline while emerging consumers are engaging with new types of lending including the burgeoning BNPL market.

Established lenders are taking note of changing customer behaviour and attempting to deliver products that are relevant to millennial consumers. Bianca Spata, head of group funding at flexigroup in Sydney, says: “The BNPL sector is growing exponentially year-on-year. While we have been in this space for many years, we recognised the need to redefine our offering and relevance to consumers and have seen great momentum following the launch of humm earlier this year.”

Spata says flexigroup also sees the latest extension of its BNPL offering – bundll -– as a “game changer” that will provide the company with an opportunity to cement itself as a market leader in the sector.

On the other hand, the consumer-lending space is arguably where established lenders face the greatest challenge from market entrants including fintechs. Millenial consumers tend to have less established relationships with financiers and to desire the type of on-demand credit fintechs specialise in providing.

Some established nonbanks differentiate their business models from those of emerging lenders. Paul Jamieson, group treasurer at Avanti Finance (Avanti) in Auckland, explains: “We think we have a defendable niche and in fact we welcome the widening of the market. We use technology to improve processes. However, a human looks at every single application to make sure it is right for the customer and for Avanti.

Jamieson says Avanti’s offering is between a traditional lender, which may take a week or two to turn an application round, and a fintech player, which tends to be about instant application and approval or decline.”

Spata explains that flexigroup has redefined its strategy over the past year. It is now focused on three core offerings – BNPL, credit cards and leasing – and is streamlining origination systems and processes to ensure scalability and facilitate growth. “We recognise the need to have the best digital platforms to enable us to offer the best customer experience we can. We will continue to invest in simplifying and enhancing our technology as part of our transformation,” Spata explains.

Latitude sees BNPL as a customer-acquisition play. Zileli says the company’s new BNPL product is unlikely to make an immediate impact on the overall asset book. But Latitude wants to engage with customers at an early stage of financial independence.

Another challenge for nonbanks in areas like auto and consumer loans is the chillier economic environment of 2019.

Jamieson acknowledges: “Motor-vehicle sales growth is down in Australia and we expect it will be similar in New Zealand in the next little while. Both countries have GDP growth coming off and confidence also declining a bit, while household debt is at really high levels in both countries. I think we will see a slight slowing the auto space.”

Overall, however, the downturn has been marginal so far. “Although card-receivables balances have been coming down the actual spend on credit cards has not reduced. People are still spending but they are also paying off their credit cards on the due date,” Zileli reveals. “There hasn’t been a noticeable impact on our business despite the softness we are seeing in retail spending and consumer sentiment – certainly not in arrears.”

Nonbanks aim to maximise the value of their offerings, and thus their market share, even in tougher market conditions. The traditional credit-card market may be shrinking overall, for instance. Zileli says increasing use of debit cards and BNPL – which does not show up in credit-card data – has likely cut into volume. But this does not remove the nonbank opportunity.

“Despite the reducing system level of credit-card receivables, Latitude is still growing its market share,” Zileli reveals. “We are maintaining some momentum by constantly trying to improve our offering through digitisation, thereby making life easier for borrowers.”