This year’s awards produced a clutch of extremely close results. Sustainability was a major focus of voter attention in Australia and New Zealand, and market innovation was recognised in a raft of categories.

Since their inception at the end of 2007, the KangaNews Awards have been based purely on the votes of market participants. KangaNews does not employ an awards committee or ask for awards pitches. Instead, it conducts thorough and intensive polling of those involved in the Australian and New Zealand debt markets.

The category composition of the KangaNews Awards 2019 continues to reflect the continuously evolving markets in Australia and New Zealand. The winners in the Market People of the Year category in 2019 will again be announced live at the KangaNews Awards Gala Dinner, which takes place at Doltone House Hyde Park in Sydney on 24 March 2020.

US Coverage Bond House of the Year
Citi

US Private Placement House of the Year
National Australia Bank

Kauri House of the Year
ANZ 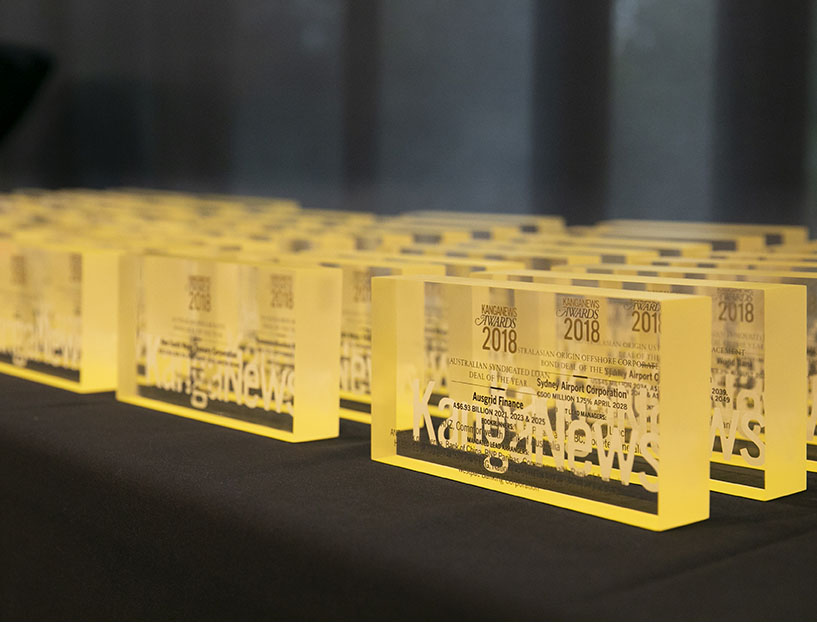