Government-sector issuers are among Australasia’s most active in the green, social and sustainability (GSS) bond space. They are also responding to increasing investor demand for entity-level environmental, social and governance (ESG) commitments and say they are well placed to provide these despite some negative headlines.

Australian semi-governments were among the early adopters of GSS issuance. Now, these borrowers are amending their funding strategies to meet the evolving nature of ESG demand from specialist and mainstream investors. At the same time, they say the market’s new shape is in many ways a better match with their social purpose.

Semi-government borrowers issued A$5.5 billion (US$3.7 billion) of GSS bonds in 2018-19 (see chart 1) – a third of the A$15.1 billion total, which includes Kangaroo deals from supranational, sovereign and agency (SSA) names.

Government-sector issuers make up an even bigger component of the New Zealand GSS market, although only two have been active to date. Kainga Ora – Homes and Communities (Kainga Ora) was the first local issuer to tap the market and Auckland Council the second. These two borrowers have printed NZ$3.2 billion (US$2.1 billion) of GSS bonds out of the NZ$3.7 billion total – including SSAs in the Kauri market (see chart 2). At least one Australasian semi-government borrower has made a debut in the GSS market every year since 2016, and most of those that have printed in this format have been back for repeat transactions (see table).

The primary motivation for these semi-government issuers is investor diversity.

One of the main themes of the government-sector market in Australasia over the last decade or more has been the hunt for new investors, particularly offshore. Universally, borrowers from the sector report gradually increasing levels of investor enquiry on ESG issues over the past half-decade, and the demand has persuaded many to take the requisite actions to offer labelled product.

Fiona Trigona, head of funding and balance sheet at TCorp in Sydney, reveals that the issuer attracted about 55 investors to each of its two GSS bond transactions – about 20 more than it would typically see in an unlabelled bond deal.

A similar report comes from QTC. Its Brisbane-based head of funding and liquidity, Jose Fajardo, says: “There is a lot of benefit in having the green-bond programme, to meet investor mandates for these investments. We have been able to broaden our investor base as a result.”

Some issuers are suggesting they have experienced the early signs of better relative pricing for labelled GSS product, even though their objective has not been specifically to achieve an improved cost of funds.

Trigona says TCorp paid no new-issue premium in its 2019 sustainability-bond deal, whereas the vanilla bonds it had brought to market since mid-2019 had a 1-2 basis-point new-issue premium. “There is obviously a cost involved in setting up the programme but now it is established we are working to get the most out of it,” she comments.

Fajardo notes a similar pricing benefit at the margin. “We find that green bonds trade through our curve in the secondary market,” he explains. “By issuing via reverse enquiry, we have been able to issue on that lower curve.”

Issuing GSS bonds is about more than ticking the boxes required to meet the mandate constraints of a niche – but growing – global liquidity pool.

For one thing, semi-government issuers have been at the heart of development in their domestic markets, and by taking this position have been a catalyst for the emergence of specialist debt investment funds that could not exist until there was consistent supply.

For instance, John Bishop, Auckland Council’s treasurer and general manager, transaction services, states: “We found that local institutional investors are now hiring people to focus on GSS bond issues, even though there isn’t an established green bond market in New Zealand. In the past, they wouldn’t consider this.”

All the issuers that have tapped the GSS bond market say they want to expand the pool of assets they can make available to fund in this format (see box).But whether the issuer base will spread much further into the semi-government sector remains to be seen.

By their nature, semi-government issuers should have access to plenty of options suitable for use-of-proceeds green, social and sustainability (GSS) bond issuance. Identifying, labelling and reporting on them is the challenge.

Treasury Corporation of Victoria (TCV) is a case in point. It was Australasia’s first semi-government green-bond issuer, printing A$300 million (US$202 million) of five-year bonds in July 2016. It has yet to return to the market.

Richard Homberger, senior risk manager at TCV in Melbourne, says a follow-up deal is not imminent but the state funding agency plans to do further work on its asset pool.

This is not about asset acquisition, he adds, but understanding what assets are already available and making sure TCV is able to use them optimally.

The reason GSS bond issuance has not grown further in the Australasian semi-government sector – in the sense of both range of issuers and deal volume – lies in the most recent evolution of ESG in the investment world. Increasingly, asset managers are looking beyond securities linked to a specific use of proceeds and are demanding issuer-level ESG strategies and sustainability performance.

“ESG is becoming mainstream. It is a developing trend that is not going to stop,” Bishop says. “We get questions on ESG even when we are issuing vanilla bonds. For instance, just before Christmas, one of the big overseas investors in our vanilla bond programme got in touch to ask us to fill in a survey on climate change.”

In many ways, this suits Australasian issuers. A recurring theme when these borrowers discuss their motivation for initiating GSS programmes is the idea of using labelled bonds to highlight the wider sustainability work state governments and agencies are doing.

Sam Direen, treasurer at Kainga Ora in Wellington, explains that the issuer’s primary ESG goal when it returned to debt issuance in 2018 was finding the best way to tell its own story. In other words, how by providing housing, specialist tenancy resources and facilitating wrap-around services, it can demonstrate better wellbeing.

“Our initiative, from day one, has always been about aligning with organisational and government objectives as well as demonstrating greater accountability and transparency,” Direen says. “If this appeals to investors, that’s fantastic. But the purpose is much broader than simply measuring the number of ‘dark-green’ investors in a deal, for example.”

Trigona argues: “As we move down the track, investors will realise that a lot of what the state government is doing meets their targets anyway. In other words, we can keep building our asset pool without isolating ‘good’ and ‘bad’ assets.”

Borrowers are confident they will stand up to scrutiny, even as lenders increasingly look beyond the specific assets in a GSS bond pool. In fact, issuers generally welcome the scrutiny.

Kim Martin, acting director, capital markets, at New Zealand Debt Management (NZDM) in Wellington, argues the agency is helping the government achieve its wellbeing objectives by providing efficient funding. NZDM highlights these objectives and the work the government is doing on climate-change initiatives for its investor base without having developed a GSS bond programme.

Martin explains: “We look at what, as a sovereign debt issuer, we can do to address important ESG issues. Our focus is on seeing how we can use our products and programmes in a manner that has a real effect on outcomes. It is encouraging to see how the conversation with investors is shifting towards more focus on outcomes.”

ESG engagement is clearly high on the agenda across the Australasian government sector, even for borrowers that have not brought labelled use-of-proceeds issuance to market.

In Australia in particular, this has not always meant good news. The economy is carbon intensive and resources – including coal – remains a key export sector.

These realities hit the headlines in November last year when Riksbank, Sweden’s sovereign reserve manager, announced that it had divested its holdings of QTC and Western Australian Treasury Corporation (WATC) bonds because Australia is “not known for good climate work” and these two states record particularly high greenhouse-gas intensity.

While not denying the composition of the Australian economy, these issuers say their goal is to have meaningful dialogue with investors of all stripes about structural considerations, government policy and commitments across the full range of ESG issues. Kaylene Gulich, chief executive at WATC in Perth, acknowledges that European investors have further increased their ESG-related enquiries since the Riksbank announcement.

“There is such a vast range of interests from investors and how the conversation goes depends on who we are talking to,” Gulich reveals. “The consensus, though, is that the growth of this area means it is probably inevitable that ESG will eventually be considered in all portfolio construction.”

Fajardo explains that QTC engages with the buy side on the Queensland government’s approach to ESG issues as a whole – in response to increasing investor interest. Investor ESG strategies are becoming more complex, rather than relying on a single metric or exclusion,” he explains.

“We try to help investors understand the state’s commitment to transition to lower carbon emissions and highlight the environmental initiatives in the state, as well as its social and governance outcomes.”

Ultimately, the availability of capital may mould governments – not just sovereign-sector issuers – to ESG requirements. “Investors are voting with their dollars – and governments can see this,” Trigona comments. “They need to formulate policy based on this, and over time investors will drive change in how governments look at ESG policies.” 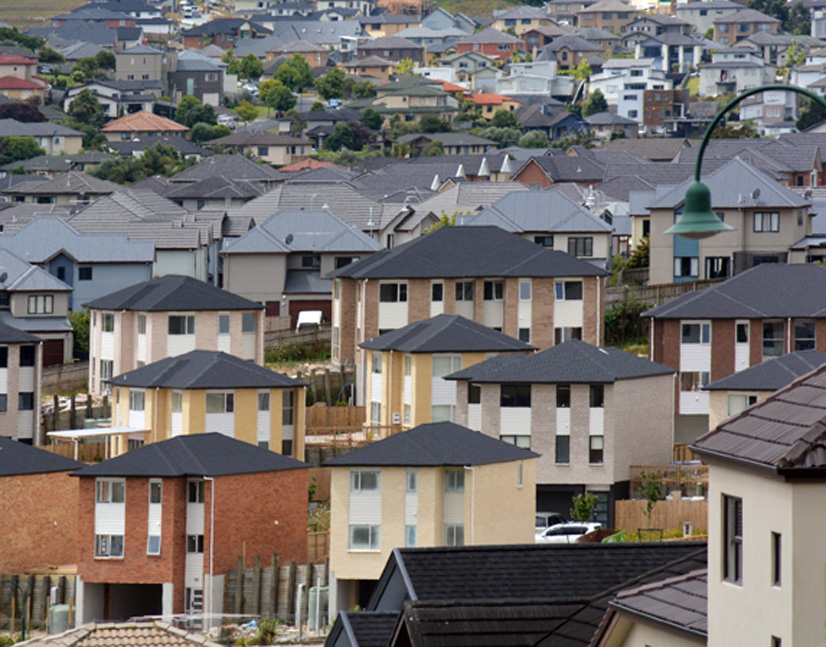 The Reserve Bank of New Zealand (RBNZ) has added a term lending facility (TLF) for banks to its suite of COVID-19 relief measures. It has also restricted banks from redeeming capital instruments that are not common-equity tier-one (CET1).