The following interview is with an Australian-based debt capital markets originator. It was conducted on 2 April 2020.

Presumably you are now working from home. How challenging has the change been and how is your team dealing with it?

When markets are as challenging as they are at the moment, I really want to be able to brainstorm and bounce ideas off colleagues and hear their conversations. It’s harder to do that when working from home – interaction needs to be a lot more structured, which isn’t ideal in this kind of market.

I also get the sense that efficiency just isn’t as good in a working-from-home environment. I personally feel I’m working even harder for about 75 per cent of the output. It hasn’t been great in that sense.

I should say I think it might get easier if we were in a more normal period – with deal flow, investor meetings and so forth. That is naturally a more structured environment and I think we would be able to get closer to normal efficiency.

Are you having personal challenges adapting to the home working environment, too?

Yes. Work banter is important to me – I think it’s actually more important to figure out whether you are going to enjoy working with people than what they are going to contribute technically at the start. You can teach someone to be better technically but you can’t make them a better cultural fit.

It’s all tougher when we’re working from home. You can’t have the short chats about work or the little five-minute breaks with a non-work-related discussion around the desk.

I think I also get more motivated by competition when I’m not in isolation. When I’ve been on the phone for four or five hours at home it’s more tempting to go downstairs, grab a sandwich and tune out than it would be in an office.

“Even China began to push back last week, and you don’t tend to see a lot of internal disobedience in mainland China. I struggle to see how 20- and 30-somethings put up with 12 months of lockdowns when they are at limited personal risk.”

How close do you think the market will get to business as usual if we are in a period of social distancing for multiple months, including working from home and little or no face-to-face interaction?

I suspect we’ll end up with a couple of people going into offices when it comes to executing deals. But it should be possible – though not perfect – to get through as long as Bloomberg and whatever internal systems you need work at home.

Thinking about it, many things will be the same: salespeople will have the same interaction with clients and much of the interaction in a joint lead manager group is phone-based already.

We had an opportunity to get used to using VCs [videoconferences] in roadshows and execution during the civil unrest in Hong Kong last year, and we had typhoons in Japan to add to that at one point.

We saw Transurban do a euro deal last night, which would have involved DCM people in Sydney talking to colleagues in London who were talking to investors in France and Germany. It doesn’t really matter if they’re at the office or a desk at home, much as it’s easier if you’re sat near syndicate or the rates trader. It’s not insurmountable.

On another note, the people in the market I feel sorry for are credit analysts. Things like historical default rates are more or less useless at the moment. You can have more certainty about what a business will look like in four years’ time than about the next six months. I think this is why some of the multitranche deals we are seeing printing in the US have such flat pricing across maturities.

What other changes are you making in your personal and professional life?

My partner has taken on most of the home-schooling burden so I suspect you’d get a different answer to mine! The sessions I have done have reinforced my view that I was never meant to be a primary school teacher.

At first, not being able to catch up with friends was fine – I can cope with that for a week or so. But, like most people, I’m now into week three or so and I’m really starting to notice. People are tribal – we need those interactions. I’ve certainly never had as many phone calls with friends as I’m having right now.

What are you most worried about in this period, personally or professionally – and how worried are you in general?

Professionally, I think everyone panicked a bit at the start but we’ve now reminded ourselves that banking and the transfer of money have been around for a long time and through a lot of crises. I think the market will exist on the other side of this, and the vast majority of corporates will get through.

What worries me more is the kind of unseen impact of recession and the effect of intergenerational poverty. That’s more of a concern to me than the pandemic itself.

There’s a line in The Big Short about 40,000 Americans dying for every 1 per cent increase in unemployment. We were talking about things like a 12 per cent increase in unemployment across the developed world. That should be avoidable, with government intervention, but it is what really worries me: the idea that whatever solution we put in place is worse than the problem. Hopefully we’ll do enough to ward off the worst.

This is before you even think about things like the impact on mental health, especially on people who are being pushed down to the poverty line.

The other thing I think about is the idea of a 12-month shutdown. I just can’t see that happening without social unrest. Even China began to push back last week, and you don’t tend to see a lot of internal disobedience in mainland China. I struggle to see how 20- and 30-somethings will put up with 12 months of lockdowns when they are at limited personal risk.

What is the latest article you have read in relation to COVID-19 and why was it notable? Can you provide a link?

I’ve been trying to avoid anything that relates specifically to the virus itself. I’m not medically trained so I don’t have the ability to interpret the information. Even if it is well intentioned, I could easily misinterpret it. Mainly I have been trying to follow offshore market developments.

I have been interested in a couple of articles about the impact of economics on mortality. One is based on a Lancet review and there is another on the ABC that may be based on a different methodology or timeline. The Australian Office of Financial Management (AOFM)’s June 2051 syndication reaffirmed offshore investors’ interest in the long end of the government bond curve, having taken longer to recover from COVID-19 volatility. Western Australia (WA) has had among Australia’s best outcomes when it comes to the health aspect of the COVID-19 crisis, allowing it to project a target date for the lifting of all remaining social restrictions state-wide. Ben Wyatt, WA’s Perth-based treasurer, discusses the state’s economic response and outlook. 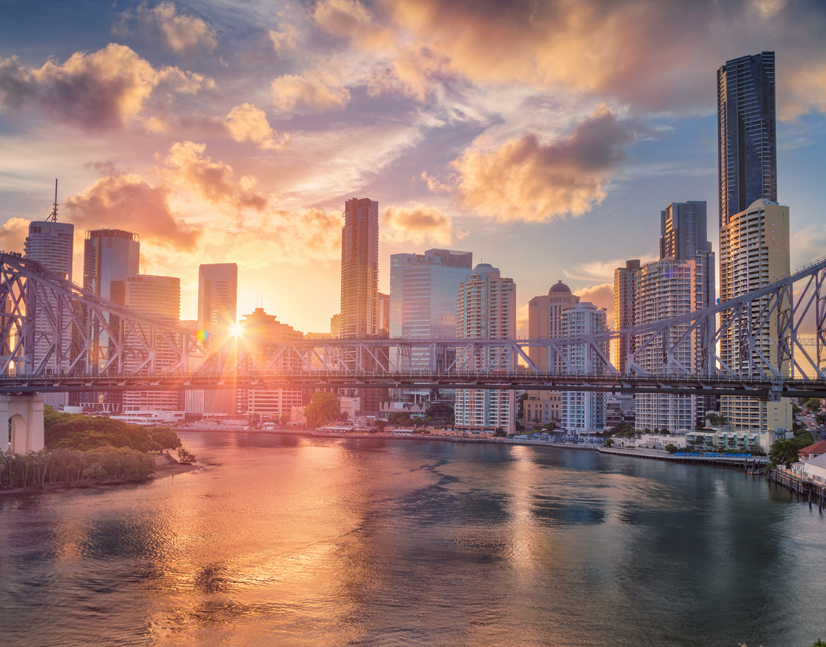 Queensland finds strength in its diversity

Queensland is among Australia’s most diverse state economies. The state’s treasurer and minister for infrastructure and planning, Cameron Dick, speaks to KangaNews about how this diversity is helping the state through the COVID-19 crisis. Victoria confronts a crisis from a rock-solid base

Victoria was arguably the best performer among Australia’s states going into the COVID-19 crisis. Despite significant local and national challenges, the state’s Melbourne-based treasurer, Tim Pallas, says its goal is to chart a path back to positive outcomes in future.