Going into the COVID-19 crisis, the Australian mutual and customer-owned banking sector already faced problems it had been grappling with for years, especially lower-for-longer rates. The industry gathered to discuss funding and capital challenges at a KangaNews event in late February.

On 25 February, KangaNews hosted its second Mutual Sector Wholesale Funding Seminar in Sydney. The event took place well before the escalation of the COVID-19 crisis and it highlighted existing challenges for the sector that economic disruption will only exacerbate.

Mutual banks enter the crisis in good shape from a capital perspective. Despite ongoing consolidation in the sector, however, many still do not have access to public capital markets to strengthen their capital and funding positions. This may be hindering market-share growth, especially as low interest rates squeeze margins in the sector.

Low interest rates are creating challenges for all Australian financial institutions. But the effects are acutely felt by the mutual sector, whose institutions lack the size and scale of household-name Australian banks.

In a report published on 19 February, Australia’s Mutuals to Grind Through Tough Operating Conditions, S&P Global Ratings predicts low interest rates will weigh on mutual banks’ margins and earnings over the next two years. Further policy easing by the Reserve Bank of Australia in response to COVID-19 will not help.

Net interest margin is becoming increasingly important to mutual banks’ profitability, S&P states. Speaking at the KangaNews event, Lisa Barrett, Melbourne-based director, financial institutions at S&P, said: “For two-thirds of the mutuals we rate, return on assets is now below the level of internal capital generation they need to maintain high loan growth. As a result, there is downward pressure on capital. Right now, it is not significant enough to raise concerns from a rating perspective – but it is a trend we have noted.”

“For two-thirds of the mutuals we rate, return on assets is now below the level of internal capital generation they need to maintain the high loan growth they are seeing. As a result, there is downward pressure on capital.”

“If an investor is offered a security with a dividend capped at 50 per cent of the previous year’s earning with essentially no secondary market, and which could end up being a perpetual zero offering, what premium is that investor going to want above major bank shares?”

There are options for mutual banks seeking to build capital. The issue is pricing an instrument that serves mutuals’ needs in a cost-effective way while also appealing to a large enough investor base.

The Treasury Laws Amendment (Mutual Reforms) Act 2019 was legislated in April last year. It is designed to pave the way for a fundamental change the way mutual entities raise capital and potentially forms an important plank of sector growth.

The law introduced the mutual capital instrument (MCI). This is a bespoke type of share that mutuals can issue. It also allows for the issuance of additional-capital securities that convert to MCIs. There had been no issuance by mid-April, however.

Ian Paterson, partner at King & Wood Mallesons in Sydney, speaking at the KangaNews seminar, said there are still impediments to wide-scale issuance of MCIs. “The MCI legislation was intended to be facilitative, not prescriptive – and there isn’t an MCI product out there. There remains work to do to develop product to suit particular types of issuer.”

Paterson pointed out there is less detail in the legislation supporting MCIs than, for example, the Australian Prudential Regulation Authority provides for a mutual equity-interest product that authorised deposit-taking institutions (ADIs) would issue.

He suggested that the MCI risks becoming a purely theoretical benefit. “There are a lot of favourable developments that don’t translate to markets. Take the simple corporate bond regime, for example. It is good law, but it doesn’t mean we necessarily get a vibrant retail corporate bond market.”

Also at the KangaNews event, Brian Reid, Newcastle-based group treasurer at Newcastle Permanent Building Society (NPBS), said the bank was monitoring MCIs but saw no imperative to look at additional forms of capital at this stage because its organic capital growth is still quite strong.

Reid explained: “Using an MCI to invest in a balance sheet composed of mortgages with a 5 per cent return on equity is probably not going to work that well, given the spread institutional investors will require to invest in MCIs. On the other hand, MCIs offer strategic optionality. This may be useful when looking at opportunities for capital accretion, such as certain large investments or acquisitions.”

Cameron Rae, managing director at Laminar Capital in Melbourne, said at the seminar that the MCI proposition is marginal for wholesale investors. “If an investor is offered a security with a dividend capped at 50 per cent of the previous year’s earnings – so if earnings decline, the dividend is going to be capped automatically – with essentially no secondary market, and which could end up being a perpetual zero offering, what premium is that investor going to want above major-bank shares?”

Ray Lee, head of credit at Kapstream Capital in Sydney, agreed there would have to be a significant premium for investors to be interested in MCI product. He told seminar attendees he prefers mutuals to issue tier-two paper to diversify their additional capital in Australian dollars.

S&P concludes most mutuals will find it difficult in the medium term to generate incremental return on equity from new projects or growth that exceeds the cost of issuing MCIs.

Another avenue available for mutuals is capital-relief securitisation. Matthew Findlay, Melbourne-based head of treasury advisory at Laminar, said at the seminar that establishing securitisation as a core component of funding strategy is important if a mutual wants to include capital relief in its programme.

“Some of the capital-funding strategies we have seen appear ad hoc compared with what we see elsewhere in the market. Mutuals have sometimes been opportunistic in when they issue securitisation deals. Doing this misses out on the long-term value that consistency of issuance provides,” Findlay explained.

Capital relief from securitisation requires selling the whole capital stack. While Findlay reported that Laminar has seen significant growth in the number of investors willing to buy down the credit spectrum, he said wider investor engagement was predicated on having a consistent issuance programme.

Mutual banks are soundly capitalised but lack of market access may be holding up their growth aspirations. Only a handful are active in debt capital markets.

After the Council of Financial Regulators announced its intent to adjust the timing of regulatory measures for authorised deposit-taking institutions (ADIs) on 17 March, Michael Lawrence, Sydney-based chief executive at the Customer Owned Banking Association (COBA), said the mutual sector was in a strong position to cope with the disruption from COVID-19.

The sector is well capitalised, he noted, with an average capital ratio of 17 per cent – substantially higher than the “unquestionably strong” benchmark of 10.5 per cent the Australian Prudential Regulatory Authority (APRA) announced in 2017.

Mutuals also have an average liquidity ratio of 16 per cent, compared with APRA’s minimum of 9 per cent for liquidity holdings. The mutual ADI sector is also facing challenges in the wider funding market. Part of mutual banks’ traditional appeal is that they service local communities that larger operators under-serve. But S&P says competition for deposits is eroding this historical edge.

Reid noted that Australia’s ageing population is both a risk and an opportunity. About 60 per cent of NPBS’s funding base comes from customers aged 50 or older. But as Reid pointed out, the wealth of Australia’s older citizens will be transferred to the next generation over the coming years. “We are working on broadening our product offering and services to facilitate the transfer of intergenerational wealth. This represents a tremendous opportunity for us,” he added.

There is also emerging competition from neobanks, especially in the deposit space. Laminar’s Rae pointed out that neobanks have been offering much more attractive deposit margins as they seek to build their own funding bases. “All of a sudden, term deposits in the wholesale space are not a cheap source of funding,” he said.

Mutual banks can respond to price competition with better customer relations. “In retail deposit markets, NPBS focuses on ‘customer behaviouralisation’, which provides another lens on the value of retail deposits,” Reid explained. “With term deposits, there is a wide spectrum of accounts and, in many instances, funds sourced from our home market tend to have stickiness well beyond the contractual term.”

“Using an MCI to invest in a balance sheet composed of mortgages with a 5 per cent return on equity is probably not going to work that well, given the spread institutional investors will require to invest in MCIs.”

“The MCI legislation was intended to be facilitative, not prescriptive – and there isn’t an MCI product out there. There remains work to do to develop product to suit particular types of issuers.”

Adapting to the challenges

Deposit competition could require mutuals to update their funding approach. Rae said mutual banks, particularly smaller ones, tend to write loans before making an ongoing funding plan – having traditionally been able to rely on a flexible and bountiful deposit market. “This is where lenders can end up scrambling to raise a certain amount of term deposits,” he explained. “They can then end up having to pay overs – which of course increases their cost of funds.”

Instead, mutual banks need to start thinking about a more strategic funding approach. This has been NPBS’s plan. Speaking after the bank’s A$225 million (US$138.3 million) five-year transaction priced on 21 January 2020, Reid told KangaNews the borrower targets a weighted-average term profile of 3-3.5 years. This aligns well with the roughly 5-6 year maturity profile of its primary asset, residential mortgages.

The real challenge for NPBS, Reid added, is balancing its 80-85 per cent deposit-to-loan ratio with institutional investors’ needs. “We have positioned our term-funding programme to align the needs of our customer base with the longstanding relationships we have with key investors. This means we take a long view, rather than trying to chisel out every last basis point.”

Kapstream participated in NPBS’s recent transaction and Lee says the firm did not have an issue with the mid-term tenor. “We like things anywhere from 3-5 years because that is where the curve is the steepest,” he said at the KangaNews seminar. “With rates so low, the curve is flat and we don’t pick up a lot going past five years.” 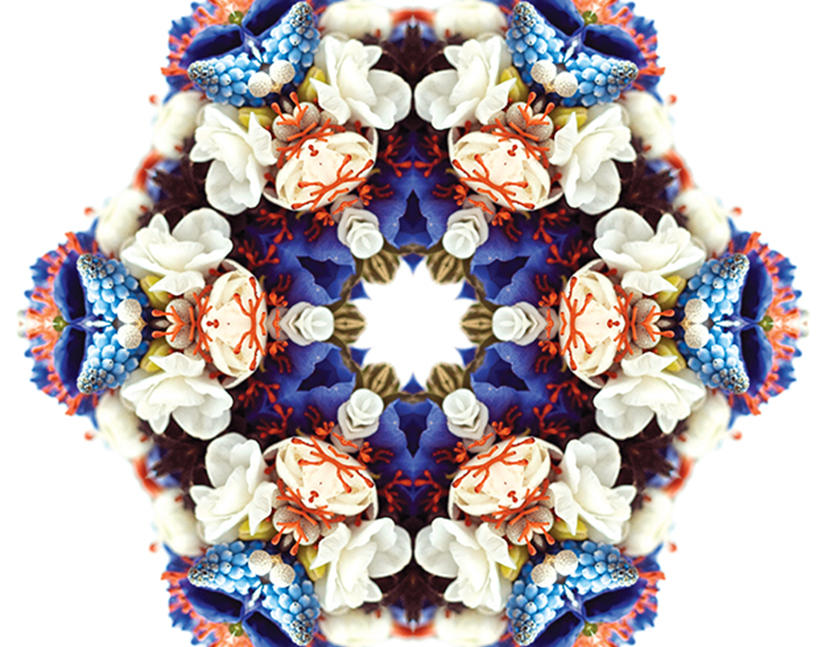 Beyond labels, corporate engagement marches on BPCE’s latest Kangaroo deal combined senior-preferred and senior-nonpreferred tranches for the first time in the Australian market since 2018. The borrower says its consistent issuance in Australian dollars is bringing greater investor engagement with each transaction. Rabobank Australia’s return to the domestic market yielded a pricing record in an Australian dollar financial institution market still running hot in the absence of local major-bank supply. But there is evidence from the Rabobank Australia transaction that some investors are becoming increasingly price sensitive.