New South Wales Treasury Corporation (TCorp) has managed a growing funding task through the various Australian and international crises of the last year. Fiona Trigona, head of funding and balance sheet at TCorp in Sydney, discusses the tools that will enable the state treasury corporation to continue managing a higher call on debt capital markets.

New South Wales (NSW) has been at the forefront of a clutch of crises over the past 12 months, including the drought, summer bushfires and most recently COVID-19. How has this series of events influenced funding conditions for TCorp and how have you responded as an issuer?

At the end of 2019 and start of 2020, the biggest concern was the bushfires. In November 2019, we launched our sustainability bond a day later than planned because there was a catastrophic bushfire warning on the day we intended to launch. There had never been a catastrophic warning in NSW before, so we did not feel it was appropriate to launch the deal on that day.

When we did launch the transaction, however, investor demand was very strong and we were able to issue A$1.8 billion (US$1.3 billion).

The bushfire season worsened after this. We travelled in Europe in January and February 2020 and the first week was dominated by talk of bushfires. Investors were very interested in what the NSW and federal governments were doing in response. Many felt there were mixed messages coming from the federal and state governments.

In the second week of the trip, coronavirus – it was not even named COVID-19 then – came to the fore. This really dominated the conversation. Operationally, we became very aware of where we were in the world at that point and our attention shifted to getting home.

In the week we returned, investors were interested in the future impact of COVID-19 on NSW state revenues, perhaps more than elsewhere, via the tourism and education sectors. Of course, it soon escalated and became a concern worldwide.

Do you have a clearer view of what the eventual impact of COVID-19 will be on state finances, and hence TCorp’s funding requirement?

NSW Treasury has released its expectations on the impact of COVID-19, which is for an initial A$9 billion hit to the budget. This is why we sought quickly to raise an extra A$10 billion in April and May while the other states also raised similar amounts. This current financial year we have now raised A$29 billion.

It is difficult to forecast the eventual impact because no-one has had to forecast this type of scenario before. We will not fully know what our ongoing funding requirement is until the release of the state budget in October 2020.

“We have been able to meet Japanese demand with Australian dollar transactions at 2037, 2041 and 2042 maturities. These have also lengthened our debt profile, which was important given the majority of our issuance was less than six years in tenor in the early stages of the crisis.”

TCorp issued record volume in April and May to meet the immediate requirements of COVID-19. How was such a large volume achieved in a turbulent primary market?

We needed to be flexible and nimble. The RBA [Reserve Bank of Australia] began buying government and semi-government bonds in late March. This improved market sentiment and gave us confidence to issue in primary markets.

We were open-minded to funding opportunities – including choice of format. TCorp had not issued an FRN [floating-rate note] for a few years going into the crisis, for instance. But this is what investors were buying at the time and we believed it was crucial to issue into investor demand.

Our new 2023 FRN and 2024 FRN increase were the first syndicated semi-government deals executed in the Australian dollar primary market since the crisis hit. After this, we saw an increase in reverse enquiry. The increased investor engagement allowed further issuance, including a new 2027 FRN.

Pleasingly, we then had long-dated interest from Japanese and European investors. We issued in euros in February, which was the first time we had issued in that market. We have been able to tap this source of funds further to issue around A$300 million equivalent.

We have been able to meet Japanese demand with Australian dollar transactions at 2037, 2041 and 2042 maturities. These have also lengthened our debt profile, which was important given the majority of our issuance was less than six years in tenor in the early stages of the crisis.

Is curve extension and hitting offshore demand going to be an ongoing focus for TCorp as it embarks on a higher funding task going forward? Would you consider issuing more in currencies other than Australian dollars and euros?

Definitely. It all hinges on the swap and whether the swapped-back cost is comparable to our domestic curve. Issuing in euros currently works but we will continue to assess other opportunities as diversity of funding sources is extremely important.

Investor relations is going to be a vital part of managing this task. How is TCorp looking to stay engaged in a world where investor roadshows are presumably impossible?

The investor base is extremely important to us. We were on the road earlier this year visiting investors in Europe, the UK and Dubai. We also went to the US and Japan last year. We now have the difficult task of maintaining contact with overseas investors while not being able to travel.

It is a key challenge to stay in front of investors and we want to work with investors on the approach that works best for them, whether this is through webinars, one-on-one video conferences or calls. We want to be as open as we can. We will use a different medium from what we did previously, but investor relations remain paramount in this new world.

Sustainability-linked financing is a tool TCorp has already established. Will projects being undertaken by the government greatly increase the potential pool of assets that could be used in labelled deals?

TCorp’s sustainability-bond programme was established to be as flexible as possible and to cater for both green and social assets. The COVID-19-related projects that form part of the NSW government stimulus package could be included in the asset pool for our next sustainability bond.

We need to ensure our reporting meets the high standards investors require. The integrity of the programme is very important to us.

“It is not just a matter of NSW having a strong sustainability programme. Investors will look at what NSW is doing more broadly and assign ratings. From investor feedback, our ratings are generally high – and this provides us with a good source of funding.”

Can you elaborate a bit more on this reporting and how TCorp ensures the integrity of it?

We have a strong governance structure in place for the programme. It includes an asset-identification group and a reporting group. We meet monthly to discuss potential assets that could be added to the pool before seeking approval from the NSW sustainability committee.

All assets are scrutinised in order to ensure ongoing reporting can be achieved. We released our first annual sustainability-bond programme report last year and the level of detail was well received by investors.

Do you think the importance of sustainability in funding is reaching an inflection point with investors, in the sense that there may soon be tangible funding benefits for institutions that are actively addressing these issues?

I do. This became apparent particularly through meeting investors in Europe and the UK. Some investors we met assign an ESG [environmental, social and governance] rating to issuers that informs the credit work they do.

Some are looking to be compensated if borrowers do not meet a certain ESG standard. Others would just exclude borrowers that did not meet their required standards altogether.

It is not just a matter of NSW having a strong sustainability programme. Investors will look at what NSW is doing more broadly and assign ratings. From investor feedback, our ratings are generally high – and this provides us with a good source of funding.

COVID-19 has been the main concern for investors and issuers in recent months. But are you finding, with market conditions settling, that the message around sustainability is cutting through even more now?

There is a lot more focus and investors are looking at what issuers are doing in this space. We are seeing increased demand from domestic and offshore investors and we will be looking to issue off our sustainability-bond programme again in the new financial year. 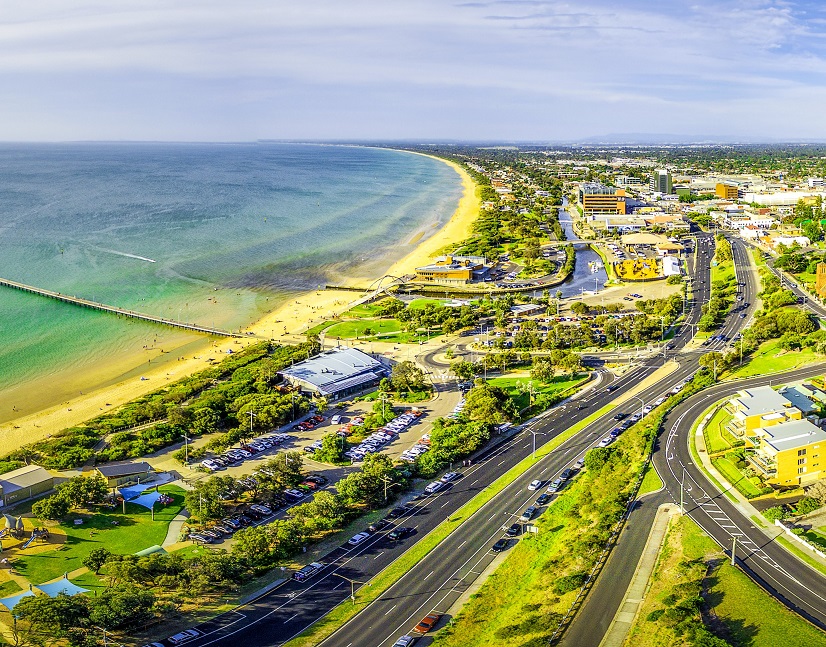