100 Women in Finance (100WF) is a global finance industry organisation with more than 15,000 members, operating in 26 locations on four continents. Core member services are industry education, peer networks and impact opportunities. The current strategic priorities include the Investing in the Next Generation initiatives and elevating the public visibility of female investment professionals and women in senior fintech roles. 100WF’s mission is to strengthen the global finance industry by empowering women to achieve their professional potential at each career stage. It inspires, equips and advocates for a new generation of industry leadership, in which women and men serve as investment professionals and executives, equal in achievement and impact.

100WF operates under a guiding principle called Vision 30/40. It is the goal for women to occupy 30 per cent of senior investment roles and executive committee positions by 2040. This goal requires reaching more women in finance and advocating for a new generation of industry leadership.

The organisation furthers the progress of women who have chosen finance as a career, through education, peer engagement and impact. This enables its positive influence over pre-career young women.

100WF was founded in 2001, when three women working at hedge funds had a novel idea: bring together 100 female investment professionals to lever their collective relationships and enhance connectivity within the alternative-investment industry.

The group was initially called 100 Women in Hedge Funds. In the beginning, the founders identified three areas where collaborative efforts could effect change in the industry and beyond: peer engagement, philanthropy and education. A simple idea became a powerful mission and rippled through the industry – drawing members from hedge funds and alternative investments as well as the wider finance industry.

From the beginning, the 100WF model has been practitioner- and volunteer-driven. With a small staff and a volunteer global governing board, the organisation boasts 500 active volunteers who implement the mission.

In late 2016, the organisation formally re-branded to become 100 Women in Finance. The rebranding expresses a more inclusive membership across the financial spectrum – including all forms of alternative investments, the traditional long-only industry and new iterations of finance such as fintech.

In 2019, 100WF evolved the pillars of its core enterprise to be education, peer engagement and impact – which was formerly the philanthropy pillar. With its impact pillar, 100WF works to strengthen and diversify the finance industry’s investment and executive talent and to create purposeful pathways toward careers in finance for pre-career young women of all backgrounds.

100WF’s members are finance-industry practitioners of all levels of seniority and any area of functional expertise. Membership is open to all, women and men, who support the mission and wish to benefit from 100WF’s industry education and professional-development programmes, global peer networks, impact opportunities, job board and other membership features. Members are asked to pay a modest annual fee for access to 100WF’s offerings and many members additionally support 100WF’s mission as “global angels”.

100WF produces more than 300 events per year, globally. They range from large, in-person industry gatherings and conferences to smaller, more intimate gatherings of senior professionals who share common professional interests. Increasingly, 100WF events are recorded and are made available for members’ on-demand enjoyment. 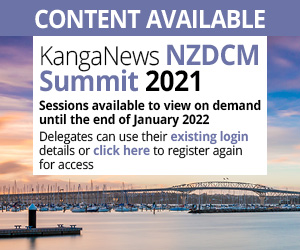 100 Women in Finance
Back to top