Chorus conducted an unusual liability management tender process alongside its return to euro issuance. Deal sources say the buyback and simultaneous issuance was a win for investors, allowing them to offload short-dated debt and extend duration without changing exposure limits.

Andrew Hopkinson, Wellington-based treasurer at Chorus, tells KangaNews European investors are familiar with the company’s debt and this familiarity smoothed the execution process. The issuer started exploring euro issuance through the northern hemisphere summer with the goal of issuing after publishing its FY22 financial results on 22 August but before an expected post-summer issuance deluge, Hopkinson explains.

The firm conducted a tender for its 2023 notes during the bookbuild, with participating investors receiving preferential allocation in the new issue. Hopkinson notes the buyback was an efficient use of funds and something Europeans are familiar with.

“When refinancing a transaction, we can either increase committed bank funding loans – not a cheap option – or issue early and leave cash on the balance sheet, which is not very efficient from a tax or risk perspective,” he explains, adding that repurchasing and issuing simultaneously “is a tidier form of liquidity and refinancing risk management.”

Ollie Williams, head of debt capital markets, Australia and New Zealand at Citi in Sydney, says the simultaneous tender provided existing investors with certainty of being taken out of their short-dated 2023s and replacement with the seven-year new issue.

“In the process, Chorus was also able to materially reduce the carry cost of pre-financing the 2023 maturity while proactively managing its future debt maturity profile,” he comments.

Williams explains that this sort of liability management exercise is less common in Australia and New Zealand than it is in the US dollar and euro markets but believes domestic investors are receptive to the concept.

The Chorus deal recorded strong interest from European investors to the extent of a 2.7 times oversubscription, according to Michelle Wong, director, debt capital markets at HSBC in Sydney. She says Chorus benefitted from pent-up investor demand.

“Global appetite – not just euro investors – is selective on sectors but Chorus fits within a sweet spot of what they want right now,” Wong adds. “Chorus is infrastructure-focused and it government-backed, so investors like the story. It also offers diversity – New Zealand is not a jurisdiction often seen in global credit markets.”

Investors were largely located in Germany, Austria and the UK, while asset managers bought the majority of the deal (see charts 1 and 2). Matt Carr, head of debt capital markets, Australia and New Zealand at MUFG Securities in Sydney, says about 70 per cent of allocated volume in the transaction came from investors that participated in the roadshow. In total, more than 70 investors bought the deal with about 25 per cent new names to the issuer.

Carr adds: “According to our analysis, 20 investors have now participated in all three Chorus euro deals and a further 60 real money investors have bought two out of three transactions. This result clearly shows Chorus has developed a strong European following.”

Wong says European investors have money to deploy but are very price sensitive. “There is a strong focus on liquidity for transactions in general and investors are more reluctant to move in with large price compressions,” she tells KangaNews. “The market backdrop necessitates them to be a little more judicious on the types of transactions they are looking at.”

The transaction’s price tightened to 142 basis points over euro mid-swap from initial price talk of 160 basis points and guidance of 145 basis points.

Wong comments: “Pricing was in line with what we expected by way of new issuance concession on the day, which was about the middle of where we saw concessions on that week. But markets are very dynamic at the moment. This was a concession of about 20 basis points when the average for the week was anywhere between low single digits up to 27 basis points.”

Williams adds that European primary market activity following the summer break began constructively and provided an actionable window for Chorus to move forward with its transaction.

Carr adds the environment of “low visibility and high volatility” is unlikely to change in the near term. “This underscores the importance of being decisive,” he notes. “We had the benefit of more than €400 million of IOIs in hand off the back of the roadshow and it proved sensible to move forward into the market given what happened over the course of the following 24-48 hours, where the tone deteriorated significantly.” 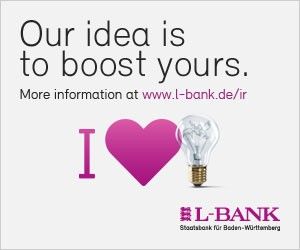 Worley to sound SLB in Australian and US dollars