Between the last week of August and late September, 11 new public securitisation deals printed in the Australian market. Market participants say stable pricing and competitive margins – particularly for senior notes – has drawn previously sidelined investors back to the market, including increased interest from offshore.

The Australian securitisation market rebounded in August and September after a lacklustre July (see chart 1), and while total issuance volume is not quite matching 2021’s record pace neither is it falling far short (see chart 2). Despite further shocks in the global rates market, Australian securitisation industry sources say pricing conditions have settled – albeit at a noticeably wider level – to the extent that investors are re-engaging with deals. “Investors are likely positioning to have room for performance,” he says. “Spreads are slightly inside post-financial-crisis wides and are marked well relative to on- and offshore levels.”

Dong Jin, director, securitisation origination at NAB in Melbourne, says the period in period in which Australian repricing was lagging global markets appears to have passed, with the effect that international investors have started re-engaging with Australian product. “It wasn’t attractive from a relative value perspective to buy Australian RMBS [residential mortgage-backed securities] earlier in the year but it is more compelling now,” he comments.

In response to improving conditions, a bumper crop of prime collateral came to market after a long issuance deficit of this deal type. This supply had a further positive impact on demand, attracting further investors back into the market. Of the 11 deals that priced, more than half comprised exclusively or predominately prime assets.

Gillespie says: “We don’t expect nonconforming issuers to face volume concerns but there are distinctive pools of investors. Traditional prime investors had limited opportunities to deploy cash for a prolonged period, which is almost unheard of in the Australian market.”

Combined, these conditions allowed many recent transactions to print larger volume than initially offered (see table). Upsizes were possible even though pricing typically held firm from the indications of interest phase, where some issuers had to widen margins during the deal process in recent months.

For the moment, securitisers appear protected from renewed volatility in markets, suggests Stephen Magan, Sydney-based executive director, securitised products group at J.P. Morgan – which was in market at the end of September as arranger of Firstmac’s indicative A$1.8 billion RMBS.

Magan admits the end of June was very difficult for issuers but says a similar reversal is not yet emerging. In fact, he comments: “There are investors who weren’t participating two months ago but are still investing now. We have to be cautious, but at the moment we are cautiously optimistic. It’s true that equity markets are declining, and investment-grade credit has had several zero issuance days in the US, which are rare. But, equally, there still seems to be demand for Australian securitised products.”

Wider spreads have no doubt helped, though Magan does not rule out the possibility that the impact of renewed volatility may simply be lagging in the Australian securitisation market. “It ultimately depends on how sustained this market decline becomes,” he comments. “But for the here and now the backdrop seems relatively positive.”

Paul O’Brien, head of fixed income syndication at Commonwealth Bank of Australia in Sydney, agrees the Australian securitisation market has found its base after being challenged mid-year, while cautioning that renewed volatility may well have an impact in due course.

“While as yet we have not seen the latest development affect deal flow or pipeline, it is front of mind with issuers as they approach the market,” he tells KangaNews. “But issuers that can structure and price transactions to match investor needs will still be in a position to execute at present.”

He continues: “As year end approaches, spread direction will be a function not only of the supply pipeline but also the performance of other sectors available to investors. The ABS sector, however, benefits from less price volatility that that seen in some other market sectors.”

Australian Finance Group (AFG)’s A$1 billion (US$652.2 billion) print on 9 September was the issuer’s largest and is also the first time it has been able to issue three public transactions in a year. Similarly, Mortgage House’s A$750 million deal the day before was also the borrower’s biggest.

These were also both issuers’ second prime transactions of 2022, with Mortgage House having priced a A$500 million deal on 24 February and AFG A$750 million on 30 March.

The spread was enough to attract buyers, though. Offshore participants bought more than 50 per cent of AFG's book and real money was the dominant investor type (see charts 3 and 4). “We have been pushing our offshore engagement since 2019, so to get good support from our regular offshore investors plus a couple of new names was really pleasing,” says Toni Blundell, manager, securitisation at AFG in Perth. AFG’s outcome reflects ongoing growth. According to the company’s 2022 full year results, the lender’s settlements increased by 102 per cent to A$2.9 billion in the last 12 months. Blundell says she is confident about funding conditions: “We will probably come back to the market with another transaction early next year and we want to continue to be a regular issuer. Whether this means two or three transactions depends on market sentiment, but I expect we will be in market at least twice a year.”

Jin says the AFG deal team initially contemplated an upsize as far as A$750 million, but given the strength of the book saw an opportunity to achieve even larger volume. The senior A1-S and A1-L notes made up 90 per cent of the transaction and were 1.6 and 1.4 times oversubscribed even after the final volume had been set. The remainder of the stack also received excess interest, with the C notes 4.3 times covered at the last update.

“On average, ticket sizes were substantially larger than a month ago as markets have stabilised,” Jin says. “Additionally, sidelined investors came back into the book and there were brand new participants to the AFG programme too.”

Mortgage House’s A$750 million deal also exceeded volume expectations, having launched at A$400 million. The borrower’s head of finance and capital markets, Ed Freilikh says it was a pleasing result. “We want to be in the market twice a year and aim to increase transaction size and investor participation,” he comments.

“Compared with our February deal, repeat investors put in bigger tickets to take advantage of higher credit spreads. It was a good result and reflects the strength of the RMBS collateral. The book was 100 per cent full-doc loans and only about 4.5 per cent of the portfolio had a loan-to-value ratio greater than 80 per cent.”

Gillespie says the deal puts Mortgage House, which has approximately A$5.2 billion home loans under management , in line with other well-established prime names in the market. “It shows robust investor sentiment towards their prime programme,” he adds.

New and existing investors supported the trade, and there was almost an equal split between offshore and domestic names. Real money was again the largest component. 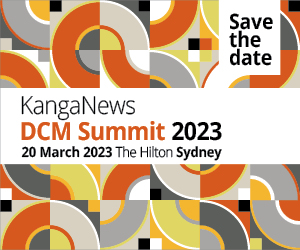