With 4,000 members nationally, Women in Super (WIS) is a not-for-profit organisation that works to improve women’s retirement outcomes by advocating for a super system void of gender-based inequality. This is done by working with government, unions, employer organisations, regulators and superannuation funds to campaign for a fairer super system by representing the voice of women in superannuation.

If you want economic security in retirement...

…don’t be a mother, nurse, teacher, care provider… in fact, don’t be a woman.

In addition to the advocacy work WIS does, it also provides members with various professional development, networking and career progression opportunities, including events, scholarship programmes and training sessions. It is important to WIS that it continues strongly to support and encourage the appointment of women to superannuation fund boards, and the association works with other organisations and stakeholders to achieve this.

The WIS network began at the Conference of Major Superannuation Funds when the association’s founder, Mavis Robertson, noted the lack of opportunity for women to network. She and the handful of other women in attendance decided to meet for breakfast, a tradition that continued even once the conference was over. Each time, all attendees were asked to bring a female colleague with them to the following breakfast. Thus, WIS was born.

From here, the WIS network was formally established as a member-based organisation in 1994 and the scope of its objectives grew. No longer just an annual networking opportunity for women to meet and share experience, WIS realised its potential to offer women the opportunity to grow and develop, as well as use their voice to advocate for women and women’s rights. In the early days, many WIS members found themselves participating in education campaigns and expos to increase awareness around the importance of including women in superannuation benefits.

Nowadays, in addition to holding more than 100 professional development events annually across the country, WIS is a highly respected voice and authority whose opinion on matters relating to women’s superannuation is regularly sought by media, academics, government and other policymakers.

Members are predominantly women who work in the superannuation or financial-services industry. Membership is open to anyone who has an interest in the work WIS does. People can support WIS by becoming a member or attending the association’s events.

Key benefits of membership include:

WIS arranges a range of events including:

A schedule of upcoming events is available on the WIS website. 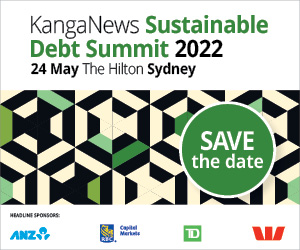 More on Women in Super