Prospa has grown to become the number-one lender to small businesses in Australia and New Zealand according to TrustPilot, lending more than A$2.1 billion equivalent and currently serving more than 11,900 customers while boasting a net promoter score of more than 80.

Prospa boasts a strong funding platform with committed funding lines from diverse domestic and international senior and mezzanine funders. Since inception, Prospa has pioneered securitisation within the SME lending space. In 2015, Prospa established its first warehouse securitisation-trust structure. This was also the first securitisation of small-business loans in Australia. In 2018, Prospa entered the rated ABS market with a privately placed deal achieving a capped investment-grade rating, the first transaction of its kind.

In New Zealand, Prospa established its first trust series warehouse facility in 2019, the first securitisation of the asset class in the country.

In September 2021, Prospa issued its first public ABS, a A$200 million transaction supported by a pool of Australian small-business loans and line-of-credit facilities. PROSPArous Trust 2021-1 is the first of its kind in Australia, another example of Prospa’s role as an innovator in the securitisation market.

Prospa intends to be a regular issuer of ABS and to explore further opportunities to strengthen and further optimise its funding platform in Australia and New Zealand.

Prospa has bounced back following the impact of COVID-19, recently recording a record quarter of originations coupled with strong growth in revenue and closing gross loans for the quarter ended 30 June 2021.

Following a period of prudent expense management, Prospa recently increased its investment across technology, product, sales and marketing. Static loss rates remained within the board-mandated 4-6% tolerance range supported by the group’s proprietary credit-decision engine. With a strong balance sheet and funding platform, Prospa is well positioned to support the increasing demand for capital from its small-business customers.

Ross Aucutt
Chief Financial Officer
+61 498 240 262
This email address is being protected from spambots. You need JavaScript enabled to view it.

Sanam Vikash
Treasury Manager
+61 425 721 708
This email address is being protected from spambots. You need JavaScript enabled to view it. 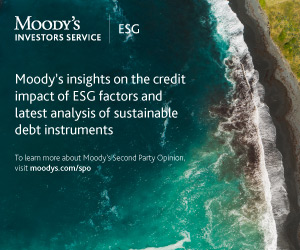 Prospa readying A$200 million ABS
Back to top